Last month, we saw the release of SOCs expected to power next-gen flagship smartphones. Since the AV1 standard as formalized, the community has been waiting to see when SOC manufacturers add hardware support for AV1 decoding. It looks like we'll be waiting a lot longer for such a chip from Qualcomm. In what might come as a shock, MediaTek announced the first SOC to feature such support with their new Dimensity 1000 chip. Qualcomm meanwhile announced the Snapdragon 865 SOC which focused on 5G support and camera improvements this year.

Rav1e got its first official release, published during the Video Dev Days 2019 in Tokyo. Here are the included features:

In more rav1e progress, u/dwbuiten on reddit noticed that rav1e got included in ffmpeg with the following commit. Hopefully, this means that in an upcoming ffmpeg release, we’ll have a common tool to encode with any of the open AV1 encoders.

Not to be left behind, SVT-AV1 also got a major release last month. Here are the features included:

Handbrake is one of the most popular encoding tools. Users have been waiting for Handbrake to add support for AV1 encoders for a while. While we didn't get that support in 1.3.0 release, it’s a start. Full changelog is available @ https://handbrake.fr/news.php?article=43

YouTube has long been leading the charge for streaming AV1 on the web. Until now, because of the speed of encoding AV1, the resolution was limited to 720p. However, u/toggleton on reddit noticed that YouTube was now encoding some 4K videos in AV1. 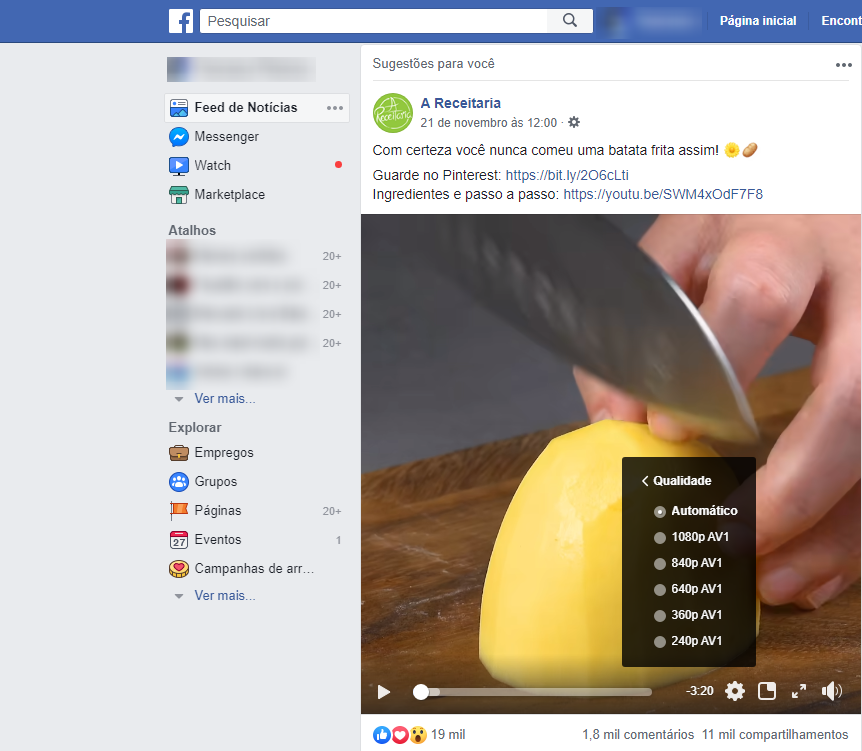